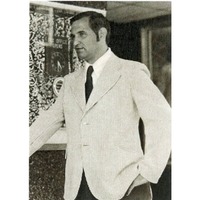 Ray Glover, 81, of Elizabethton, passed away unexpectedly on Saturday, October 1, 2022, at the Johnson City Medical Center Hospital, from injuries suffered from a fall earlier in the week. He passed peacefully with his family by his bedside.

Ray was the son of the late Boyd Carter Glover and Mattie Mosler and was born on December 7, 1940, in Carter County. He was a 1959 graduate of Elizabethton High School. He then joined the United States Army and was stationed in Ansbach Germany with the 4th Missile Battalion, 28th Artillery (Lacrosse Missile).

After completing his military service in 1962, Ray became a businessman in East Tennessee and Kentucky. Ray and his wife, Jeanette, spent almost 25 years as the owners of Glover Theaters, which included theaters such as the Bonnie Kate, State Line Drive-In, Jolly Roger, Flatwoods Drive-In, and the Cougar Drive-In. Ray and Jeanette also owned and operated Capitol Discount and Brittney’s in Elizabethton. In addition, Ray served as a mentor to Chip with his business, All-Star Card Company.

Ray’s many interests included watching classic movies, especially westerns of the 1930s and 1940s, going to film festivals, flea markets, and traveling—including over a dozen trips to China. He served for many years on the City of Elizabethton’s Baseball Commission and attended the Elizabethton Twins minor league baseball games. After his retirement from his own businesses, Ray enjoyed working for his good friend, Wille McVey, at Valley Forge Auction and Wholesale where the employees and customers were like family to him.

Ray never met a stranger and leaves behind many wonderful friends.

A Celebration of Life Service will be held Wednesday, October 5, at 7 p.m. at East Side Free Will Baptist Church in Elizabethton, under the direction of Pastor Justin Deaton. The family will receive friends from 6 until 7 p.m. before the service.

The Glover family would like to thank the nurses and trauma care team of the 2800 Unit of the Johnson City Medical Center ICU and the Emergency Department. The family would also like to thank the doctors and staff of Karing Hearts Cardiology for their years of medical care and especially Dr. Coly and Dr. Siv for their extraordinary compassion and assistance provided to the family during Ray’s time in the ICU.

In lieu of flowers, the family requests a donation be made to the East Side Free Will Baptist Church Flower Fund or Food Pantry Fund (704 Siam Rd, Elizabethton, Tennessee). Military Honors will be provided by The DAV Honor Guard, Bluff City. Family and friends will assemble at the funeral home at 1:20 p.m. Thursday to go in procession to the cemetery. Condolences may be sent to the family at our web-site: www.memorialfcelizabethton.com.

Memorial Funeral Home of Elizabethton is serving the Glover Family.