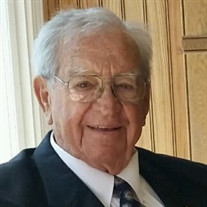 Mr. Sluder was a native of Greene County and was a son of the late William Lee and Kathleen Elizabeth Neal Sluder.

Mr. Sluder was retired from Metropolitan Life Insurance Company and owned Sluder Renovations. He served in the United States Army and was honorably discharged.

The family would like to thank and express their deepest gratitude to Pastor Chuck Babb, Robin Culler, Tony and Carol Young, Don and Nancy Verran, David and Kristy Brown, and Helen Mathes for their endless support and love over the last few years. The members of Sinking Creek Baptist Church provided meals and so much support, we will be forever grateful for each of you. Also the nurses and staff at Community Life Center, especially Jarod Jennings, Shannon Sanders, Rebecca Frost and Ken Cassell and the Oncology Department at the VA Medical Center especially Tamarrow Taylor, MD.

For those who desire, memorials may be sent to Sinking Creek Baptist Church 2313 Elizabethton Hwy. Johnson City, TN 37601.