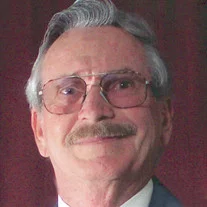 Buddy Joe Norris, age 80, of Elizabethton, Tennessee went home to be with the Lord on Tuesday, March 26, 2019 from his residence. Buddy was born in Johnson County, Tennessee to the late Kenneth and Bessie Davis Norris. In addition to his parents, he was preceded in death by one brother, Edward Ray Norris.

Buddy retired from North Electric and was of the Baptist faith. He was a member of the Carter County Car Club, since its beginning and he was also a member of the Rebel T-Bird Club. Buddy loved working on cars, porch sitting and bird watching.

Those left to cherish his memory include his loving wife of fifty-seven years, Geneva Matherly Norris, of the home; two sons, Randy Norris and wife Tess and Ricky Norris and wife Denise, all of Elizabethton; one daughter, Debbie Verran and husband Rusty, also of Elizabethton; three grandchildren, Ashley Verran, Katie Norris and Cassidy Norris; one brother, Bobby Jack Norris, of Manassas, VA; and one step grandchild, Brandon.

A graveside service to honor and celebrate the life of Buddy Joe Norris will be conducted at 2:00 PM on Friday, March 29, 2019 at Happy Valley Memorial Park with Pastor Rusty Verran and Pastor Jamie Ferguson, officiating. Music will be provided by Ashley Verran. Active pallbearers will be Tommy Verran, Rob Loftis, Luther Deloach, Tom Stetler, OB Foster, Ricky Norris and Randy Norris. Honorary pallbearers will be the members of the Carter County Car Club. Those wishing to attend the service are asked to meet at Tetrick Funeral Home, Elizabethton at 1:15 PM on Friday, to go in procession.

The family would like to thank Dr. Famoyin and staff, Amedysis Home Health, Amedysis Hospice and his special caregiver, Rob Loftis, for the exceptional love and care shown to Buddy and his family.

Online condolences may be shared with the family on our website, www.tetrickfuneralhome.com
Mr. Buddy Norris and his family are in the care of Tetrick Funeral Home, Elizabethton. Office 423-542-2232, service information line, 423-543-4917.