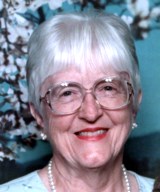 She was the daughter of the late Roy and Bessie Perry Proffitt.
Mrs. Sluder was a graduate of Mary Hughes High School. She attended Steed College.
Mrs. Sluder retired after thirty-two years of service from the Tennessee Virginia Energy Corporation as an executive secretary. She was a member of the Sinking Creek Baptist Church.
In addition to her parents, one sister, Mable Elizabeth Duncan, preceded her in death

The family of Mrs. Carlene D. Sluder will receive friends from 12 to 2 PM Monday, November 27, 2017, in the Sinking Creek Baptist Church. The funeral service will follow with Pastor Jayson Hoagland officiating. The graveside committal service will follow in the Happy Valley Memorial Park. Active pallbearers will be selected from family and friends.