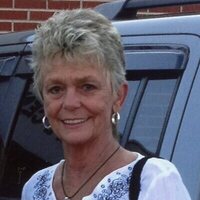 Christine “Chris” McKeehan -Hill , 70, of Elizabethton, passed away Wednesday November 4th at Johnson City Medical Center due to an extended illness. Christine was born in Streator, Illinois to Magdalena Plowman and Harry Melvin. In addition to her parents she was preceded in death by her husband Ernie Hill, a son, Howard “Cricket” McKeehan, a brother, Terry Melvin and a very special Aunt Lois Plowman. She came to Tennessee in the early 1970’s and called Elizabethton her home. She always said the mountains in this area are so beautiful.

Christine enjoyed traveling with friends and spending time with her family. She loved spoiling her grandchildren and telling you how lucky of a mom she was to have two sons that served our country in the United States Marine Corps.

Survivors include a son and his wife: Jeff and Maggie Herrmann, brothers Danny and Darrin Rafferty, a sister, Linda Hart, grandchildren Corey McKeehan and Macie Herrmann, and a special Aunt Juanita Cooper, as well as several nieces and nephews.

Graveside services will be conducted at 11:00 am on Saturday, November 21st at Happy Valley Memorial Park with Pastor Gene Deaton, officiating. Family and Friends are asked to meet at the Funeral Home at 10:30 a.m., to go to the cemetery in procession.

Pallbearers include: Danny Rafferty, Darrin Rafferty, John McKeehan, and Corey McKeehan. Burial will follow the services. The Family would like to extend a special thank you to the staff in the ICU at JCMC, for the hard work and kindness shown to our beloved mother and nanny. Due to Covid-19 pandemic, everyone is required to wear a mask and practice social distancing. Condolences may be sent to the family at our website: www.memorialfcelizabethton.com.