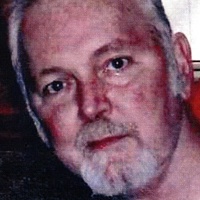 Counce Henry Guy, 67, Johnson City, passed away Wednesday, August 21, 2019 at the Johnson City Medical Center.  A native of Carter County, he was a son of the late Alfred & Lockie Williams Guy. He had lived in Michigan before returning to Tennessee.  He was a graduate of Waterford Township High School in Pontiac, Michigan and received a Bachelor’s Degree in Business Management at Tusculum College, Greeneville, Tn.  Mr. Guy served in the United States Army during the Vietnam Era.    He was retired from the Bosch-Braking Company as Quality Assurance Manager in Johnson City, TN.  He loved to play guitar, golf and bowling.  His family was his pride and joy, especially his grandchildren.

The family will receive friends from 6 to 7 p.m. Sunday at Memorial Funeral Chapel in Elizabethton.  Graveside Service and Interment will be at 11 a.m. Monday, August 26, 2019 at Happy Valley Memorial Park.  Active Pallbearers will be: Robbie Barlow, Dillon Barlow, Logan Walters, Andy Ekers and Shanon Guy.   Military Honors will be provided by the Carter County Honor Guard.  Condolences may be sent to the family at our web-site www.memorialfcelizabethton.com.   Family and friends will assemble at the funeral home at 10:20 a.m. Monday to go in procession to the cemetery.