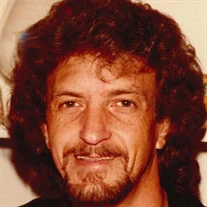 David Larry Stout, age 74, of Johnson City, TN passed away on Thursday, December 24, 2020 at his residence after a lengthy illness. David was born on November 15, 1946 to the late James P. and Mattie Stout. David was the youngest of four children, and was a musician for many years. He traveled playing music in several states and also played locally with the Dave Friday band. David loved his family and friends, and was especially close to his sister, Keeva Ann and special nephew, Joey Humphreys.

He was preceded in death by his son, Dayton Stout, of Greenville, TN; brother, John Kemp, of Elizabethton, TN; sister, Evelyn Lamons and husband Sam, of Johnson City, TN. Those left to cherish his memories include his son, Layton Stout, of Greenville, TN; sister, B. Keeva Ann Humphreys and husband David, of Johnson City, TN; sister-in-law, Elizabeth Kemp, and several other nieces and nephews also survive.

A private celebration to honor the life of David Larry Stout will be held at a later date.