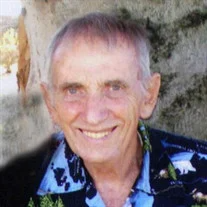 1 Peter 3:15 (TLB)
Quietly trust yourself to Christ your Lord, and if anybody asks why you believe as you do, be ready to tell him and do it in a gentle and respectful way.

Donald W. “Don” Millsap, 86, of Johnson City, Tennessee, joined his Heavenly Father on Sunday, January 17, 2021. He was preceded in death in 1969 by his precious little girl Debra Sha, and in 2020 by his wife of 38 years, Carolyn Edwards Millsap, as well as his parents Cecil and Ada Millsap and sister Judy Millsap.

Don was a Christian, a man of many talents, and a loving husband and father who never told his daughters how to live their lives, but instead led them by his example.

Kim and Amy would like to express love and gratitude to the entire staff and volunteers of NHC Johnson City for the care, compassion, support, and friendship they provided Don and his family for the past several years.

A private graveside service will be held at Happy Valley Memorial Park.

Don was a lifelong supporter of the Billy Graham Evangelistic Association. In lieu of flowers the family suggests a memorial donation to the BGEA (www.billygraham.org), or a charity of your choice.