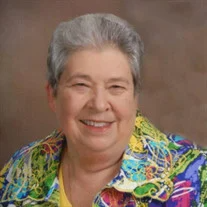 Edna was a teacher for 30 years at Colonial Heights Middle School, Kingsport, TN where she taught Home Economics, Gifted & Talented Program, and was the coach of the Odyssey of the Mind team for many years, reaching the World Championship. She was very involved in the Carter County girls’ basketball league with her husband and girls. She was a life-long member of Sinking Creek Baptist Church and taught children ranging from ages 3-17 in Sunday school for more than 40 years.

In addition to her parents, she was preceded in death by her brothers, Bud Jarrett, William “Dusty” Lewis, Fred Jarrett, Foy Jarrett, and by her sisters, Florence Whitehead and Thelma Holt.

A graveside service to honor the life of Edna Jarrett Crumley will be conducted at 11:00 AM, Tuesday, March 30, 2021 at Happy Valley Memorial Park with Pastor Garry Edwards and Mr. Phillip Harris officiating. Active pallbearers will be Channing Black, Tyson Black, Eli Wiseman, Jason Wiseman, Jeff Matherly, Matt Dickey, Mark Tester and Austin Hicks. Everyone will meet at the cemetery at 10:50 am on Tuesday.

Friends may pay their respects and sign the guestbook on Monday, March 29th from 4:00 – 7:00 PM at Sinking Creek Baptist Church, 2313 Elizabethton Highway, Johnson City, TN. (The family will not be present)

For those unable to attend due to COVID restrictions, there will be a celebration of Edna’s life later this summer.

The family would like to express sincere appreciation to the Sycamore Shoals Hospital ICU nursing staff and doctors.

Our staff is committed to taking care of our guests and families that we serve. Please understand we will be following the State’s COVID guidelines. We also ask all guests and family members attending visitations and funerals to please bring and wear a mask.