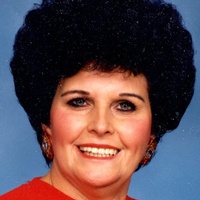 Erma Lou Peters Broyles, 82, Elizabethton passed away Tuesday, March 20, 2018 at her residence. A native of Carter County, she was a daughter of the late Anderson & Pearl Taylor Peters. She was a graduate of Unaka High School. Erma Lou in earlier years had worked for Dr.Bowman also had worked for her brothers who were in the jewelry business. She was a member of New Liberty Free Will Baptist Church and also attended First Free Will Baptist Church of Elizabethton. In addition to her parents, she was preceded in death by her husband Fred Lewis Broyles who died December 26, 2004 by two sisters: Betty Taylor and Wilma Cannon and three brothers: Lefty, Rondal & Albun Peters.

Funeral Services will be conducted at 2 p.m. Friday in Memorial Funeral Chapel with the Rev. Jack Lloyd officiating. Interment will follow in Happy Valley Memorial Park. Music will be provided by Grady Holder. Pallbearers will be selected from family and friends. Condolences may be sent to the family at our web-site www.memorialfcelizabethton.com.