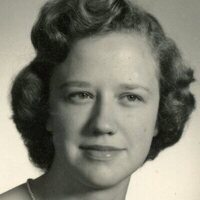 Ethel Lee Honeycutt Snyder, 82, Elizabethton, passed away Friday, September 16, 2022 at her residence after a life well lived. She was born July 23, 1940 to the late John Wesley & Sally Miller Honeycutt. She was a 1958 graduate of Hampton High School where she served as a cheerleader. She was retired from the Raytheon Corporation due to disability. Ethel was a 50 year plus member of Hampton Eastern Star and Butler Eastern Star. She had served in different stations of the Eastern Star, local and state. She was a community servant, having helped friends and neighbors during their times of sickness and other times for several years. She loved her church. She was a member of Sims Hill Christian Church but attended Valley Forge Christian Church. Ethel was a regular at Nancy’s Kitchen in Valley Forge. In addition to her parents, she was preceded in death by two brothers and two sisters: Jack Honeycutt, Zora Mae Slate, Mary Ruth Lohr and Gene Honeycutt. Ethel was an avid UT Sports fan whose blood ran orange.

A service to celebrate the life of Ethel Snyder will be conducted at 7 p.m. Monday September 19, 2022 in Memorial Funeral Chapel with Mr. David Siebenaler and Mr. Clay Bailey Ministers officiating. Graveside Service will be conducted at 11 a.m. Tuesday, September 20, 2022 in Happy Valley Memorial Park. Active pallbearers who are requested to assemble at the funeral home at 10:20 a.m. Tuesday will be: Jordan Bridwell, Hayden Bridwell, Cillian O’Sullivan, Terry Snyder, Danny Tolley, Zachary Oliver and Joe Street. Honorary Pallbearers will be: Johnny Honeycutt, Jacob Honeycutt, Robert Bridwell, Jason Wicker, Steve Lohr, Mack Henry, Russell Kyte, Matt Miller, Mike Basher, Danny Bowman, Bill Jones, Joe Pat Snyder, Chris Mathes, her church families, and members of Butler Chapter # 218, Order of Eastern Star. An Eastern Star Memorial Service will be conducted following the funeral service by Butler Chapter # 218, Order of Eastern Star. The family will receive friends from 5-7 p.m. Monday, prior to the service. Family and friends will assemble at the funeral home at 10:20 a.m. Tuesday to go in procession to the cemetery. Condolences may be sent to the family at our website www.memorialfcelizabethton.com.