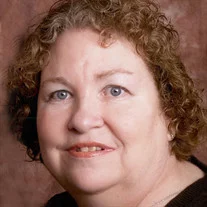 Eula Mae Pennington Richards, 64, was born on Holy Hill Road in Mountain City, TN, on July 30, 1955, and went to be with her Heavenly Father on October 19, 2019. She was preceded in death by her father, James Pennington, and her mother, Ethel Marie Main-Campbell, as well as her half brother, Mickey Campbell. She is survived by her daughter, Heather Richards, her brother, Wayne Pennington, her half brother, Sidney Campbell, and her sister, Barbara Poe, along with cousins, nieces, and nephews who loved her.

Eula was a graduate of East High School and went on to nursing school to become an accomplished nurse for the next 23 years, working in geriatrics by taking care of a 60 patient load for many years at a nursing home, and then later in her career, became a supervisor over other nurses at a trauma facility for skilled patients. She had a deep empathy and compassion for her patients, while having the formidability of Florence Nightingale in demanding high standards of excellence from both herself and her subordinates to bring quality of life to her patients. Her daughter had the rare opportunity to see her mother in action, when she volunteered for a summer at the nursing home and was impressed at how her mother’s floor was ship-shape. She noticed how clean the patients were, how the medicines were administered on time, how the food was given out in a timely fashion, and how every detail was addressed by both Eula and her nursing aides, who somehow maintained a sense of humor and grace under so much responsibility and work. She helped the patients feel more relaxed and at home, and somehow made the time to get to know them individually, while making them feel that they were with their family, even though she was not related to them. Even after work, Eula made time to help nurse her own mother for the last 9 years of her mother’s life. Heather learned from her mother early on to “do small things with great love.”

Eula enjoyed gardening, canning preserves and vegetables, quilting enormous and heavy quilts, and collecting china dolls. When her health restricted her physical activity, she used her free time to study the Bible and to minister to others wherever she went.
Her daughter would like to send gratitude to the doctors, nurses, aides, and various medical organizations who assisted in Eula’s care in the last 13 years. Special mention should be made to Dr. Basham, Dr. Musgrave, Dr. Spear, as well as PACE in Big Stone Gap, VA along with Teresa Potter and her personal aide, Teresa Marcum, and hospice nurse, Sonya. Special thanks to the staff of nurses and aides at Ridgecrest Manor the last couple of months, including Jason, Jona, Laycee, Bill, and countless others who her daughter regretfully may not remember in name, but remembers your faces and how you made her and her mother feel, exemplifying the type of care that Eula demanded from herself as a nurse. C.S. Lewis said in Shadowlands, “The pain now is part of the happiness then.” She will be deeply missed and not forgotten.

A gathering of remembrance to celebrate the life of Eula Mae Pennington Richards will be conducted at 6:00 PM on Thursday, October 24, 2019 in the Chapel of Peace at Tetrick Funeral Home, Elizabethton. The family will receive friends from 4:00 PM until 6:00 PM in the funeral home chapel, prior to the service on Thursday.

Online condolences may be shared with the family on our website, www.tetrickfuneralhome.com. Eula Mae Pennington Richards and her family are in the care of Tetrick Funeral Home, Elizabethton. Office 423-542-2232, service information line, 423-543-4917.