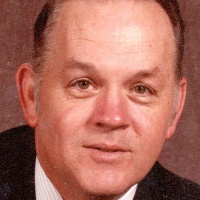 Floyd D. (Todd) Lowe, 82, Elizabethton went home to be with his Lord on Thursday, June 13, 2019 at his residence. A native of Carter County he was a son of the late John & Mary Peters Lowe.   Floyd was a 1954 graduate of Unaka High School. He served in the United States Air Force for three and one-half years. He retired from Raytheon Corporation in 1993 after 36 years of service. He was a member of Union Hill Free Will Baptist Church sense 1964, served on the Deacon Board and was Choir Director. In addition to his parents, he was preceded in death by three brothers: Ralph, Bill and Harold Lowe and one sister: Beatrice Lockner.

Graveside Service will be conducted at 3 p.m. Monday,, June 17, 2019 in Happy Valley Memorial Park with Pastor Roger Hayley officiating. Interment will follow. Active Pallbearers who are requested to assemble at the funeral home at 2:20 Monday will be: Mike Belt, Steve Lowe, Dale Colbaugh, Waymon Carrier, Tommy Verran, Boo Bishop, Phil McQueen and Doug Hardin. Honorary Pallbearers will be: Gale Colbaugh, Craig Lowe, Vaughn Taylor, Randal Lewis, James Carroll and Henry Grindstaff. Military Honors will be provided by the Carter County Honor Guard. The family will receive friends from 1:30 to 2:30 p.m. Monday prior to the Graveside Service. Friends may also visit with the family at his residence.  In lieu of flowers donations may be made in memory of Todd to the Union Hill Free Will Baptist Church % Mary Evelyn Buck, Treasurer, 136 Ed David Road, Elizabethton, Tenn. 37643. Condolences may be sent to the family at our web-site www.memorialfcelizabethton.com.