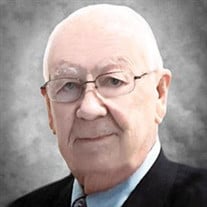 Fred Carl Bowers, age 84, passed away on Monday, February 21, 2022, following an extended illness. A native of Carter County, Fred was the only son of the late Roby DeWitt Bowers and Myrtle Campbell Bowers. Fred lived in Elizabethton his entire life. As a boy, he was active in MYF and was a member of Boy Scout Troop #30, achieving the Silver Award in the 1940s. A 1955 graduate of Elizabethton High School, Fred was the photographer for the high school yearbook and was voted “Most Artistic.” His passion for photography blossomed, and he went to work for the Elizabethton Star during his junior year. Following his graduation, he accepted a position with Coleman’s Studio, where he worked for 44 years until his retirement in 1999. Over the years, he photographed thousands of school children, hundreds of brides, sporting events of every kind, and countless studio portraits for families and individuals. Fred’s gift of seeing the best in everyone is evidenced in his work. He paid forward what his mentors taught him as he trained numerous young photographers along the way. His photography was recognized by his peers with many awards over the course of his career. Fred played trombone in the Elizabethton High School band, where he met a young clarinet player named Mary Ruth Hathaway. On their second date, he introduced her to his mother as his wife. The rest, as they say, is history.

Fred was a charter member of the Elizabethton chapter of the Order of DeMolay. He was a fifty-year member of Dashiell Lodge #238, Free and Accepted Masons; Past Worthy Patron of Sycamore Chapter #163, Order of the Eastern Star; former member of the Advisory Board of the Order of Rainbow for Girls, Elizabethton #71, and a recipient of the Grand Cross of Color. He was a member of the Professional Photographers of America (PPA) for many years. Fred was a faithful member of Elizabethton First United Methodist Church; he and Ruth had returned to the first church they attended as newlyweds. He was delighted to be a “Pop” to his grandchildren and his great grandchildren. A talented cartoonist, he created personalized, hand-drawn “Pop cards” for his family and close friends for all occasions of note.
In addition to his parents, Fred was preceded in death by one son in law, Noel Muhn, who passed away on December 19, 2021.

A celebration of Fred’s life will be held at First UMC of Elizabethton on Thursday, February 24, at 6:00 PM with Reverend Raymond Amos Sr officiating. The family will receive friends from 4:00 PM till 5:45 PM. Music will be under the direction of Gabriel Short, Susan Heaton, Pianist and David Arney, Organist. The service will be live-streamed on the First United Methodist Church Facebook website, www.fumcelizabethton.com . Scroll down the home page and half way down the right side, click on “Click Here to Join Us On Line” to view the Live Stream.