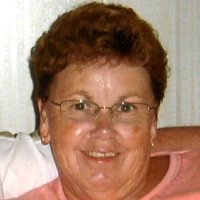 Gwendolyn Louise Lowe McMahan, 73, Elizabethton, passed away Saturday, November 16, 2019 in Franklin Woods Community Hospital following a brief illness.  A native of Carter County, she was a daughter of the late L.L. & Hazel Whittemore Lowe.  Gwendolyn was a graduate of Elizabethton High School.  She was a homemaker.  In addition to her parents, she was preceded in death by her sisters: Elizabeth Feathers, Norma Fair and Joan Edmondson and her brother: Harold Lowe.  She was a member of West Side Christian Church.

Graveside Service will be conducted at 3:00 p.m. Wednesday, November 20, 2019 in Happy Valley Memorial Park with Mr. Greg Key, Minister officiating.  Burial will follow the service. Active Pallbearers who are requested to assemble at the cemetery at 2:50 p.m. Wednesday will be: Shawn Fagan, Jason Fagan, Jordan VanHoy, Scott Bare, Jayden Lowe, Zachary Potter, Carroll Lowe, Roger Lowe, and Jackie McMahan.  Honorary Pallbearers will be: Jimmy McMahan, Wade Edmondson, William “Bill” Potter and Jessie McMahan.  Family and friends will assemble at the cemetery at 2:50 p.m. Wednesday.  Condolences may be sent to the family at our web-site www.memorialfcelizabethton.com.