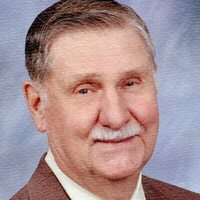 Harold Normen Carver, 92, Johnson City, passed away Sunday, August 14, 2022 at his residence. A native of Carter County, he was a son of the late Walter L. & Callie Mathes Carver. He served in the United States Army during the Korean Conflict . Mr. Carver was retired from the Sperry Corporation. He was a Lady Vol Fan. In addition to his parents, he was preceded in death by his wife: JoAnn Carver. He was a member of the Watauga Point United Methodist Church.

Funeral Services will be conducted at 2 p.m. Friday, August 19, 2022 in Memorial Funeral Chapel with Pastor Estel Williams and Pastor Mike Berry officiating. Interment will follow in Happy Valley Memorial Park. Pallbearers will be selected from family and friends. The family will receive friends from 1 to 2 p.m. Friday in the funeral home prior to the service. Condolences may be sent to the family at our website www.memorialfcelizabethton.com.