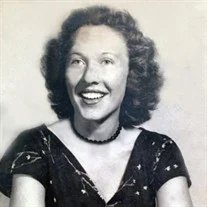 A Celebration of Life funeral service to honor the life of Ida Neal Hale will be conducted at 2:00pm on Sunday; March 14, 2021 in the sanctuary of First United Methodist Church, Elizabethton, TN, Rev. Ray Amos officiating.

The family plans to hold an inurnment service immediately after the funeral service in the Mausoleum of Peace at Happy Valley Memorial Park on March 14, 2021.

In lieu of flowers, monetary donations to honor the memory of Ida Neal Hale may be made to First United Methodist Church in Elizabethton, TN. 37643, https://fumcelizabethton.com.

This obituary was lovingly written by Mrs. Hale’s son, Mark.

On line condolences may be sent to the family and viewed by visiting our website at www.tetrickfuneralhome.com. Tetrick Funeral Home of Elizabethton is serving the Hale family. Office: (423)-542-2232