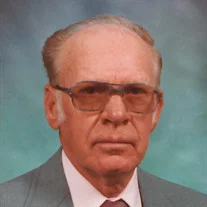 James Bobby Gentry, age 88, of Elizabethton, Tennessee passed away on Friday, August 30, 2019 at his residence. He was a native of Carter County and was the son of the late Emerson and Minnie Collins Gentry. In addition to his parents, he was preceded in death by a brother, Ray Gentry.

He was a member of Calvary Baptist church and the Men’s I Sunday School Class. He retired from Snap-On-Tools.

The family requests that in lieu of flowers, donations be made to the St. Jude’s Children’s Research Hospital, 501 St. Jude Place, Memphis, TN 38105 or to the Shriner’s Hospitals for Children, P.O. Box 31356, Tampa, FL 33631-3356 and designate the donation for the Greenville Hospital.

Online condolences may be shared with the family on our website, www.tetrickfuneralhome.com. Bobby and his family are in the care of Tetrick Funeral Home, Elizabethton Office 423-542-2232, service information line, 423-543-4917.