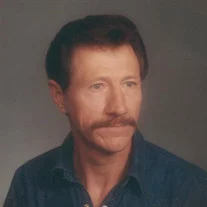 James “Jim” Buchanan, Sr., age 77, of Elizabethton, Tennessee went home to be with the Lord on Tuesday, January 7, 2020 from the Sycamore Sholas Hospital. Jim was born in Elizabethton to the late Delbert Wesley and Ora Myrtle Dyson Buchanan. In addition to his parents, he was preceded in death by his first wife, Barbara Ford Buchanan; a son, Tim Buchanan; his sisters, Lola Barrett, Lillian “Dot” Bullock, Lois Braswell and Myrkie Johnson; and one brother, Larry “Junebug” Buchanan.

Jim was the founder and owner of Jim’s Glass and Upholstery, which later changed the name to J&J Uphostery. He was a member of Lynn Valley Baptist Church and was an avid NASCAR fan – his favorite driver being Richard Petty. Jim, along with his wife, Elayne, actually received an award from Richard Petty for “Outstanding Fan Club Members” which was a tremendous honor for Jim.

A service to honor the life of James “Jim” Buchanan, Sr. will be conducted at 5:00 PM on Saturday, January 11, 2020 in the Chapel of Peace at Tetrick Funeral Home, Elizabethton with Pastor Kenneth Davis and Pastor Dennis Wilson, officiating. The family will receive friends from 3:00 PM until 5:00 PM in the funeral home chapel, prior to the service on Saturday.

The family would like to extend a special thank you to his Angels, Louise Jones and Linda Holt and to the doctors and staff of Sycamore Shoals Hospital.

Those who prefer memorials in lieu of flowers, may make donations directly to the family to help with expenses.