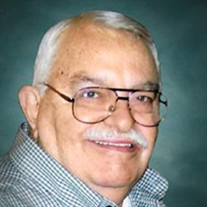 Jerry was a Johnson City native and son of the late Homer S. and Alta D. Vanover Perkins.
He was a 1962 graduate of Happy Valley High School.

Jerry worked for Monsanto for more than thirty-five years.

He was a member of the Unicoi Masonic Lodge #681 F&AM.

In addition to his parents, he was preceded in death by his wife, Anna Lee Berry Perkins, in February of this year.

Jerry is survived by a nephew, Anthony Jack Glass and family.

The graveside funeral service will be held Monday, June 13, 2022, at 2:00 P.M., in Happy Valley Memorial Park, with Pastor Freddie Dean Bennett, officiating. Those planning to attend are to meet at the cemetery.