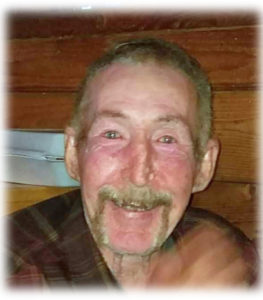 Jerry Lee Miller, 72, Elizabethton passed away unexpectedly Wednesday, July 31, 2019 in the Sycamore Shoals Hospital. He was a native of Johnson City and was a son of the late Robert Fairbanks Miller and Myrtle Elizabeth Williams Miller. He was a self-employed truck driver and had attended College Park Freewill Baptist Church. Jerry enjoyed life, he loved working on cars, riding motorcycles and being with family and friends. In addition to his parents he was preceded in death by a brother, Johnny Miller; three sisters, Phyllis Roop, Alma McNabb and Janice Miller; a son Brandon Estep.

Funeral services for Jerry will be conducted at 8:00 Monday, August 5, 2019 in the East Chapel of Appalachian Funeral Home, 800 E. Watauga Avenue, Johnson City. The family will receive friends at the funeral home from 6:00 PM until the service hour. Entombment service will be held at 1:00 PM Tuesday, August 6, 2019 in the Happy Valley Memorial Park Mausoleum of Peace. Pallbearers will be selected from the family and friends. For those attending this service you are asked to meet at the funeral home by 12:30 PM Tuesday to go in procession.

Condolences may be made online at www.wadugger.com. Arrangements by Woodall-Anderson and Dugger Funeral Home and Cremation Services, 108 W. Watauga Avenue, Johnson City. 423-928-2245