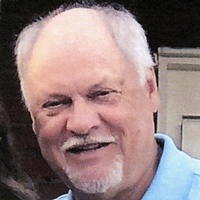 Jim R. Birchfield, 66, Johnson City passed away unexpectedly Sunday May 12, 2019 in the Queen’s Medical Center, Honolulu, Hawaii.  A native of Carter County, he was a son of the late Ellik & Bonnie Townsend Birchfield.   Jim was a graduate of Elizabethton High School. He was retired as a Store Manager with Kroger’s.  He was Administrator of the Elizabethton Moose Lodge.  In addition to his parents, he was preceded in death by one son: Travis Birchfield and one daughter:  Casey Rae Birchfield, two Brothers: Worley, & Cecil Birchfield and a sister: Jean Lund.

Funeral Services will be conducted at 7 p.m. Tuesday in Memorial Funeral Chapel with the Rev. Mark Street officiating.  Graveside Service and Interment will be at 11 a.m. Wednesday, May 29, 2019 in Happy Valley Memorial Park.  Music will be provided by Jamie Schaff.  Active Pallbearers who are requested to assemble at the funeral home at 10:15 a.m. Wednesday will be: Robert Hickman, Tony Tickles, Mark Davenport, Roger Herron, James Matherly, Jack Smith, Cory Malukiewicz and Randy Guinn.    Honorary Pallbearers will be:  Johnny Elliott, Larry Bacon, Roger Nidiffer, Doug Buckles, Butch Andes, Bruce Miller, Members of the Elizabethton Moose Lodge and The Kroger Family.  The family will receive friends from 5 to 7 p.m. Tuesday in the funeral home.  Friends may also visit with the family at 212 Holly Lane, Elizabethton.  Family and friends will assemble at the funeral home at 10:15 a.m. Wednesday to go to the cemetery.  Condolences may be sent to the family at our web-site www.memorialfcelizabethton.com.