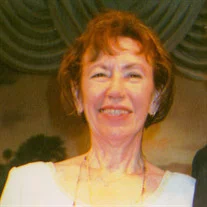 JoAnn L. Cole-Smith, age 85, of Elizabethton, went home to be with the Lord on Sunday, December 23, 2018 at Ivy Hall Nursing Home. Mrs. Smith was a native of Carter County and a daughter of the late Don and Ruby Chapman Lewis. In addition to her parents, she was preceded in death by her first husband, Harry C. Cole; her second husband, Gerald C. Smith and a sister, Donna Dykes.

Mrs. Smith was a graduate of ETSU. She was a teacher with the Elizabethton City Schools for forty years, most recently teaching fourth grade at Harold McCormick Elementary School. She was a member of First United Methodist Church.

Those left to cherish her memory include her stepson, Rodney Cole and wife Susan of Alabama; a brother-in-law, John H. Smith and wife Mary of Elizabethton; a cousin, Dr. John Chapman and wife Lauren of Kingsport; nephew, Keith Lewis and his son Mitchell both of Johnson City; nephew, Christopher Simmons and wife Amy and their children, Anna, Isaac and Jachin all of Elizabethton; step son-in-law, Larry Greer of Watauga; step-grandchildren, David Greer of Elizabethton, Angie Greer Carter of Johnson City and Craig Greer of Berea, KY.

A service to celebrate the life of JoAnn L. Cole-Smith will be conducted at 11:00 AM on Thursday, December 27, 2018 in the Chapel of Peace at Tetrick Funeral Home, Elizabethton with Reverend Raymond Amos officiating. The family will receive friends from 10:00 AM until 11:00 AM in the funeral home chapel prior to the service on Thursday.

The graveside service will be private at Happy Valley Memorial Park.

For those who prefer memorials in lieu of flowers, donations may be made to Harold McCormick Elementary School, 226 South Cedar Avenue, Elizabethton, TN, 37643.

The family would like to thank the staff of Ivy Hall Nursing Home for the love and care shown to Mrs. Smith during her stay.

Online condolences may be shared with the family on our website, www.tetrickfuneralhome.com.