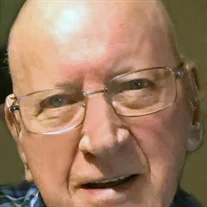 John W. Vannoy, Jr., age 91, of Elizabethton, Tennessee went home to be with the Lord on Thursday, April 8, 2021 from his residence. John was born in Johnson County, Tennessee to the late John William Vannoy, Sr. and Etta Harmon Vannoy. In addition to his parents, he was preceded in death by his first wife, Grace Dean Vannoy; his second wife, Helen Johnson Vannoy; a son, Kyle Vannoy; one brother, Fred Vannoy; and three sisters, Helen Fritts, Nell Tolbert and Chloe Henson.

John was retired from General Electric Corporation as a repairman and was a United States Army veteran, having served during the Korean Conflict. He was a follower of Christ and helped spread the gospel through domestic and international outreach ministries. John had also worked for both R & M Radio and Montgomery Ward. He was a 32nd Degree Mason and a 50 plus year member of the Mountain City Masonic Lodge #67. John was a selfless man, willing to help anyone in need. He had an amazing sense of humor and was a wonderful husband, father, grandfather and great grandfather.

A service to honor and celebrate the life of John W. Vannoy will be conducted at 2:00 PM on Monday, April 12, 2021 in the Chapel of Peace at Tetrick Funeral Home, Elizabethton with Pastor Steven Davis, officiating. Music will be provided by Teresa Range. The family will receive friends from NOON until 2:00 PM in the funeral home chapel, prior to the service on Monday.

The graveside service will follow at Happy Valley Memorial Park. Military honors will be accorded by the Honor Guard. John’s grandchildren will serve as active pallbearers.

The family would like to express thanks to Amedysis Hospice- especially Seth, and Silver Angels – especially Nona and Mary for the loving care given to John during his illness.

Online condolences may be shared with the family on our website, www.tetrickfuneralhome.com
Tetrick Funeral Home, Elizabethton is honored to serve the Vannoy family. Office 423-542-2232, service information line, 423-543-4917.