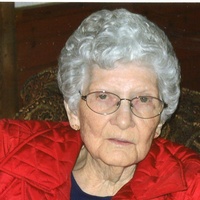 Kathleen Fair Hart, 93, Elizabethton, passed away Friday December 7, 2018 at The Bridge Assisted Living, Ooltewah, Tennessee.  A native of Carter County, she was a daughter of the late John & Annie Walker Fair.  She was a retired employee of North American Rayon Corporation.  She was a member of Biltmore Baptist Church.  In addition to her parents, she was preceded in death by her husband Joe Hart, a daughter: JoAnna Fair, a son: Michael Hart, four sisters and four brothers.

The family will receive friends from 2 to 4 p.m. Tuesday, in the funeral home.  Funeral Service will be conducted at 4 p.m Tuesday, December 11, 2018 in Memorial Funeral Chapel with her son Brigadier General (Retired)  Tony Hart and Rev. Bill Davis officiating.  Graveside Service and Interment will be 10 a.m. Wednesday, December 12, 2018 at Happy Valley Memorial Park.  Music will be provided by Michelle Faust.  Pallbearers will be selected from family and friends.  Condolences may be sent to the family at our web-site www.memorialfcelizabethton.com.