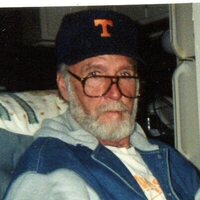 Kenneth Ray “Ken” Dykes, Sr., 79, Johnson City, passed away Monday, August 29, 2022 in the Johnson City Medical Center. He was born September 1, 1942 in Elizabethton to the late Dana & Blanche Carver Dykes. He had served in the Tennessee National Guard. Ken was a Masonry worker , having worked for Cona Ray Richardson Masonry for several years. He was a Tenn. Vol Sports fan. In addition to his parents, he was preceded in death by a brother Charles Dykes.

Funeral Services will be conducted at 1 p.m. Friday, September 2, 2022 in Memorial Funeral Chapel with Pastor Sherril Nave officiating. Interment will follow in Happy Valley Memorial Park. Music will be provided by Barbara Trent. Pallbearers will be selected from family and friends. The family would like to express a special “Thank You” to the staff of ICU, 2700 Wing, Johnson City Medical Center. The family will receive friends from 12 noon until 1 p.m. Friday prior to the funeral service. Condolences may be sent to the family at our web-site www.memorialfcelizabethton.com.