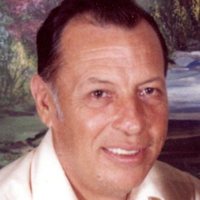 Luther Arwood, 84, Elizabethton, passed away Monday, December 30, 2019 in the Sycamore Shoals Hospital following an extended illness.  A native of Carter County, he was a son of the late Rollins & Blanche Hughes Arwood.   Luther served in the United States Army.  He was a retired employee of Snap-On-Tools.  He was a member of Whitehead Hill Christian Church.  In addition to his parents, he was preceded in death by two brothers: Bill & James Arwood, Sister: Gladys Street, Nephew: Don Arwood, Nieces: Connie Street and Peggy McMahan.

Funeral Services will be conducted at 12 Noon Friday in Memorial Funeral Chapel with Mr. Terry Dugger, Minister and Mr. Wayne Miller.  Interment will follow in Happy Valley Memorial Park.  Pallbearers will be selected from family & friends.  Honorary Pallbearers will be Steve Kyte and his church family.  The family would like to express a special “Thank You” to the staff of Amedisys Hospice, the staff of Sycamore Shoals Hospital and the staff of Hermitage Health Center. Military Honors will be provided by the Carter County Honor Guard.  The family will receive friends from 11 a.m. to 12 noon Friday in the funeral home.   Condolences may be sent to the family at our web-site www.memorialfcelizabethton.com.