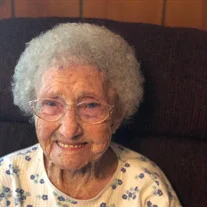 Mary Lou Bowers, age 104, of Elizabethton, passed away on Sunday, January 10, 2021 in Elizabethton. She was born in Watauga County, NC on September 13, 1916. In addition to her parents, she was preceded in death by her husband of sixty years, Crawford Bowers and a son, Lewis Bowers.

Those left to cherish her memories include a daughter-in-law, Betty Bowers; a granddaughter, Diana Strano and husband, Vincent; and a great-grandson, Jason Winter. Several nieces and nephews as well as many friends also survive.