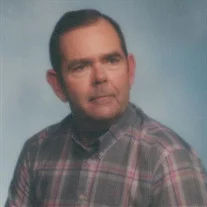 Mike (James Michael) Snodgrass, born July 24, 1944 in Elizabethton, Tennessee, passed away on Thursday, May 9, 2019 at Sycamore Shoals Hospital. Mike was adopted into the Ford family when he married Emma Rose on September 14, 1968. He was preceded in death by his parents, James and Mae Snodgrass; parents-in-law, Gurney and Fairy Ford; dear brothers-in law, Carl Ford, Bob Ford and Ed DeVault.

Mike attended Elizabethton City Schools and ETSU before entering the work force at North American Rayon Corporation. He then worked at Bristol Metals, before completing his work career at Tennessee Eastman, working there for 36 years. He also proudly served his country in the United States National Guard Reserves. Mike was a member of the Elizabethton Church of Christ, enjoying fellowship and many close relationships with his church family. Mike had a love of animals, (especially strays) motorcycles and automobiles. He was a member of the Porsche Automotive Club, NRA and enjoyed target shooting with friends. He loved to research gathering seeds and seed pods from flowers and raising plants- a hobby begun when Randall Hutchins gave him a hyacinth plant.

A service to celebrate the life of Mike (James Michael) Snodgrass will be conducted at 2:00 PM on Monday, May 13, 2019 in the Riverside Chapel at Tetrick Funeral Home, Elizabethton with Mr. Roby Ellis and Mr. Dennis Pierce, ministers, officiating. The family will receive friends from 12:00 PM until 2:00 PM in the funeral home chapel, prior to the service on Monday.

The family would like to especially thank Dr. April Lambert and all the ICU Nursing Staff at Sycamore Shoals Hospital.

Online condolences may be shared with the family on our website, www.tetrickfuneralhome.com.
Mike and his family are in the care of Tetrick Funeral Home, Elizabethton, office 423-542-2232, service line information 423-543-4917.