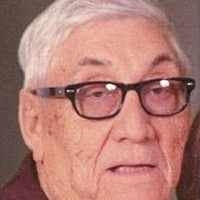 Paul Edward Sellers, 87, Elizabethton, passed away Thursday, December 27, 2018 in the Sycamore Shoals Hospital after an extended illness.  He was a Carter County native.  Paul was a 1949 graduate of Elizabethton High School where he was an outstanding Cyclone Basketball Player.  He was retired from The Raytheon Corporation, Bristol.    Paul was an avid Golfer.  He had served on the Board at the Elizabethton Golf Course for a number of years.   He was preceded in death by his wife: Charlotte Sellers, his mother: Flossie Hardin Shew, his daughter: Debra Taylor, a son: David Sellers and a brother: Bill Sellers.

Funeral Services will be conducted at 2 p.m. Sunday, December 30, 2018 in Memorial Funeral Chapel with the Rev. Jack Lyons officiating.  Interment will follow in Happy Valley Memorial Park.  Active Pallbearers will be: Pete Taylor, Wayne Buckles, Robert Holt, Hunter Holt, Ron Rogers and Steve Sellers.  Honorary Pallbearers will be former employees of the Raytheon Corporation and his friends at the Elizabethton Golf Course.   The family would like to express a special “Thank You” to the Staff of Sycamore Shoals Hospital and the Staff of Ivy Hall Nursing Home for the excellent care he received.  The family will receive friends from 1 to 2 p.m. Sunday in the funeral home.  Condolences may be sent to the family at our web-site www.memorialfcelizabethton.com.