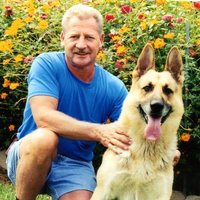 Paul Howard Smith, 74, Hampton went home to be with the Lord, Sunday January 12, 2020 at the James H. Quillen VA Medical Center to be reunited with his 12 year old son Anthony.  A native of Carter County, he was a son of the late John H. & Ruby Shepherd Smith.  Paul was a graduate of Hampton High School where he loved to play basketball.  Paul served in the Tennessee National Guard and the United States Army during the Vietnam Era.  He was a lifetime member of the CAV Commanders Club.  He was a machinist, retired mechanic, and truck driver.   Paul loved the mountains, lakes and loved to fish. He was a member of Pleasant Beach Baptist Church.    In addition to his parents, he was preceded in death by his 12 year old son Anthony,  two sisters: Gaynell and Peggy of Hampton  and two very special friends: Wayne Davis and Richard Hicks.

Funeral  Services will be conducted at 7 p.m. Wednesday in Memorial Funeral Chapel with Pastor Mark Fowler, Pastor Bobby Stout and Pastor Ronnie Campbell officiating.  Graveside Service and Interment will be at 2 p.m. . Thursday in Happy Valley Memorial Park. Music will be provided by Greg & Tammy Rusten.  Active Pallbearers who are requested to assemble at the funeral home at 1:20 p.m. Thursday will be: Brian Smith, Jacob Surcey, Jerry Radford, Tyler Shaw, Randall Johnson and Jerry Bowers.  Honorary Pallbearers will be: Tip and Jack Smith, Kevin Sipe, Larry Radford, Ray Campbell, Robert Rainbolt, Lynn Montgomery, Walt Slagle, Charles Pearson, Dean Pierce and members of Pleasant Beach Baptist Church.  The family will receive friends from 5 to 7 p.m. Wednesday in the funeral home.  Military Honors will be provided by the VFW Post 6995, Bristol, Tenn..   Friends may also visit with the family at his residence.  Family and friends will assemble at the funeral home at 1:20 p.m. Thursday to go in procession to the cemetery.  Condolences may be sent to the family at our web-site www.memorialfcelizabethton.com.