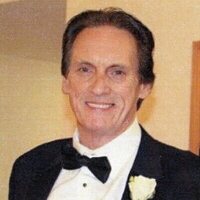 Randy Jeff “Razzo” Lovelace, 66, Elizabethton passed away Monday, March 22, 2021 at Sycamore Shoals Hospital. A native of Carter County, he was a son of the late Harold & Carrie Pauline Pierce Lovelace. He was a 1972 graduate of Hampton High School. Razzo was retired from the US Postal Service as a Mail Carrier. He was of the Baptist Faith. In addition to his parents, he was preceded in death by three sisters: Doris Colbaugh, Charlene Harmon and Wilma Colbaugh and two brothers: Charles “Doodle” Lovelace and Maynard Gale “Speck” Lovelace

Graveside Service will be conducted at 2:30 p.m. Saturday in Happy Valley Memorial Park with Pastor Joseph Colbaugh officiating. Burial will follow the service. Active Pallbearers will be: Mark Colbaugh, Brian Teaster, Ethan Teaster, Nathan Morgan, Jeff Harmon and Terry Lovelace. Honorary Pallbearers will be: Jody Combs and members and former members of the US Post Office. The family will receive friends from 1 to 2 p.m. Saturday in the funeral home. Due to the Covid-19 pandemic, everyone is required to wear a mask and practice social distancing. Condolences may be sent to the family at our website www.memorialfcelizabethton.com.