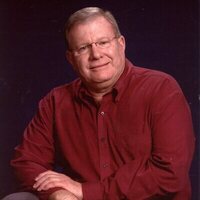 Randy Van Shell, 72, Elizabethton, passed away Sunday, August 21, 2022 at the residence of his son Matthew. Randy was a native of Erwin, Tennessee, he was the son of the late Harry & Ellen Ayers Shell. He was a 1968 graduate of Unicoi County High School. He also attended Tenn. Tech. He served in the United States Army during the Vietnam Era. Randy was retired as a Civil Service worker with the VA Administration. Randy was an active member of New Liberty Free Will Baptist Church for many years. In addition to his parents, he was preceded in death by his wife Beverly Williams Shell who passed away June 5, 2003.

Funeral Services will be conducted at 7 p.m. Thursday in Memorial Funeral Chapel with the Rev. Bill Greer officiating. Graveside Service and Interment will be at 10 a.m. Friday, August 26, 2022 in Happy Valley Memorial Park. Music will be provided by The New Liberty Quartett and the New Liberty Choir. Active Pallbearers will be: Kenny Greer, Ryan Shoun, Curtis Huskins, Keith Williams, Paul Jones and Darrell Byrd. Honorary Pallbearers will be: Mike Cole, Maynard Peters, Eddie Shoun, and Randy Hardin  and the Trustee and Deacons of New Liberty Free Will Baptist Church. The family would like to express a special “Thank You” to the Hospice Nurses at Ballad Health, his long time friend and Doctor Dr. Keith Cook, Abbie Harris and the New Liberty Church family for all their support and prayers. The family will receive friends from 6 to 7 p.m. Thursday in the funeral home. Family and friends will assemble at the funeral home at 9:20 a.m. Friday to go in procession to the cemetery. Condolences may be sent to the family at our website www.memorialfcelizabethton.com.