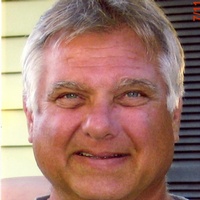 Interment Location:  Sermon on the Mount

Raymond A. Zilka, 71, Elizabethton passed away unexpectedly Wednesday, May 15, 2019 in the Johnson City Medical Center. A native of Buffalo, New York, he was a son of the late Stephen E. & Anna Rimkus Zilka. He had lived in Elizabethton for over three years. He was retired as a Correctional Officer with the State of New York. Ray loved working puzzles and old cars.

Funeral Services will be conducted at 11 a.m. Monday, May 20, 2019 in Memorial Funeral Chapel with Pastor Jamie Ferguson officiating. Pallbearers will be Chad Blackburn, Tonie Hartley and others selected from family and friends. The family will receive friends from 10 to 11 a.m. Monday prior to the service. Condolences may be sent to the family at our web-site www.memorialfcelizabethton.com.