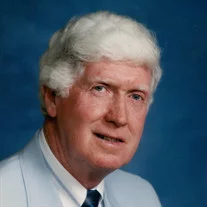 Richard “Dick” Grindstaff, age 86, of Elizabethton, went home to be with his Lord on Thursday, January 10, 2019 at Fort Sanders Regional Medical Center in Knoxville, Tennessee. Dick was born in Elizabethton, Tennessee, the youngest of nine children, born to the late James Arthur Grindstaff and Alberta Denny Grindstaff. In addition to his parents, he was preceded in death by his wife and the love of his life, Betty Ruth Hall Grindstaff in 2016; four brothers, Jim Grindstaff, Karl Grindstaff, Charlie Grindstaff and Fred Grindstaff; and four sisters, Gladys Tatem, Nell Hendrix, Mildred Reece and Gloria Sheehan.

Dick was a 1949 graduate of Elizabethton High School and had also attended ETSU. He was a United States Navy veteran, having served in the Korean War and was stationed on the USS Rochester (CA-124) and was in the Task Force 77. He retired from Eastman Chemical Corporation and was a member of First United Methodist Church in Elizabethton and also attended Grace Baptist Church of Elizabethton. Dick formerly taught the Intermediate Boys Class at Stoney Creek Baptist Church for more than thirty years. He enjoyed fishing and hunting.

A service to honor the life of Richard “Dick” Grindstaff will be conducted at 6:00 PM on Sunday, January 13, 2019 in the Riverside Chapel of Tetrick Funeral Home, Elizabethton with Reverend Raymond Amos, Sr., Reverend Travis Tyler and Reverend Buford “Boo” Hankins, officiating. Music will be under the direction of David Arney. The family will receive friends from 4:00 PM until 6:00 PM in the funeral home chapel, prior to the service on Sunday.

The family would like to express their appreciation to the doctors, nurses and staff of Sycamore Shoals Hospital and Ft. Sanders Regional Medical Center in Knoxville for the love and care shown to Dick during his illness.

Online condolences may be shared with the family on our website, www.tetrickfuneralhome.com
Mr. Grindstaff and his family are in the care of Tetrick Funeral Home, Elizabethton. Office 423-542-2232, service information line, 423-543-4917.