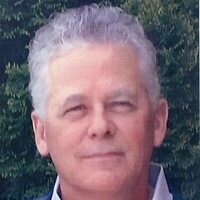 Richard “Rick” Daniel Baughman, 63, Elizabethton passed away Wednesday, June 17, 2020 after a very courageous and hard fought battle. He was born in Elgin, IL to Richard M. Baughman and wife Willie Jean Baughman. Rick was a graduate of Hampton High School and East Tennessee State University with a B.S. Degree in Education. He served in the United States Navy as a seabee reservist. Rick was a member of Valley Forge Methodist Church. Rick was owner and sole proprietor of Baughman Manufacturing, Inc., a family owned business began by his father in 1968 located in Hampton, TN. Rick was an avid athlete, having played basketball at Hampton High School where he was All Conference and All District. He was a huge fan of the Atlanta Braves , the University of TN Football, and Peyton Manning. Rick’s greatest pride and joy in life was his family. He took much pride in coaching all three of this children in various sporting activities and watching their many accomplishments. He was a very loving and giving man who never knew a stranger. He was a wonderful husband, father, grandfather, brother and uncle who was dearly loved by so many.
He is survived by his loving wife, Linda Little Baughman, his children Wesley Daniel Shell Baughman, Rikki Danielle Baughman Fair and husband Dawson Fair and Alexander Christian Baughman and one grandson Adrian Cruz Baughman. He is also survived by one sister Pamela Smith and husband Kent Smith and one brother-in-law, Tom Little and wife Lynn Little. Several beloved nephews and one niece also survive. Rick was also survived by his extended family- his beloved employees of Baughman Manufacturing, Inc.
A service will be conducted at 3 p.m. Saturday, June 20, 2020 at the Mausoleum of Peace at Happy Valley Memorial Park entombment with follow. Mr. Brent Nidiffer, Minister, officiating. Active Pallbearers will be Jeff Guinn, Steve Honeycutt, Mark Baughman, Stewart Hale, Michael Little, David Little, and Joseph Little. The family will receive friends prior to the service from 12:30 p.m. to 2:30 p.m. at Memorial Funeral Chapel and other times at the residence.
The family would like to extend a special thank you to his special Amedisys Angels; Megan, Sara and Joni. His wonderful nurses Bud Atkins, Karen Pierce, Debbie Doan and Angela: as well as Dr. Katie Beckerman of Vanderbilt University, Dr. Angela Lambert and Dr. Belagode.
Memorial Funeral Chapel is serving the Baughman Family.