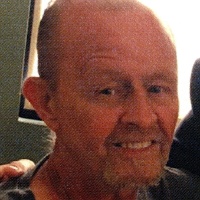 Robert Dale Luttrell, 64, Elizabethton passed away Thursday, June 13, 2019 in the Sycamore Shoals Hospital. A native of Carter County, he was a son of the late Gene & Hattie Salts Luttrell. He was a graduate of Elizabethton High School. Robert was retired from the Shipping & Receiving Department of AY McDonald Manufacturing, Elizabethton. He was a member of First Baptist Church, Elizabethton but attended Hampton First Baptist Church. His Hobbies were working on old cars and NASCAR racing. In addition to his parents, he was preceded in death by two sisters; Lynda Brockwell and Kitty Luttrell and one brother: George Luttrell.

Graveside Service will be conducted at 11 a.m. Monday, June 17, 2019 in Happy Valley Memorial Park with Pastor Norman Markland, Jr. officiating. Burial will follow the service. Pallbearers will be selected from family and friends. The family would like to express a special “Thank You” to his neighbors for all the kindness shown through the years.   Family and friends will assemble at the funeral home at 10:15 a.m. Monday to go to the cemetery. Condolences may be sent to the family at our web-site www.memorialfcelizabethton.com.