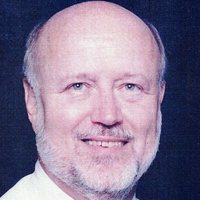 Ronald Lewis Williams, age 72, went to be with our Heavenly Father and family there on March 1,2020, after an extended hospitalization in Nashville. He and his wife of 53 years, Joan Thompson Williams, had lived in Franklin/Brentwood, TN, since 1992.

Ron met his wife, Joan, at ETSU in an Honor’s Biology class. They were married in 1966 and continued their educations together with Ron graduating from Southern College of Optometry in Memphis in 1972 while Joan received her MD degree at the University of Tennessee College of Medicine. Over the years Ron practiced Optometry in Hilton Head, SC, Bristol, Knoxville and Murfreesboro.

In July, 1983, Ron was surprised by a premature baby daughter, Ronara Briana Williams (Roni), who arrived 9 weeks early. She quickly stole her daddy’s heart. Roni blessed her parents with two beautiful grandchildren – HG (Haskell Glen) who is now 9 and Torin Violet who is 5 as well as a son-in-law, Sheridan Gove, all of Spring Hill, TN.

Ron was particularly close to his older brother, Johnny Williams, and John’s wife, Lois, with whom he shared many happy times. Unfortunately, John was lost to pancreatic cancer in 2007.

Ron treasured many loves in his life. He loved God. He loved his wife and family, including the numerous doggy and kitty babies who shared his life throughout the years. Ron will be especially missed by his 2.5 lb Chihuahua, Dolly, who was Daddy’s lap baby.

Ron loved street rods and enjoyed taking his 1932 Ford Highboy with matching trailer to car shows, where he won many awards. And of course, Ron loved all things Elvis…nothing like “The King” in his eyes.

Ron’s favorite color was red…an appropriate choice for his casket.

Ron was a sensitive man with a soft heart. He had beautiful green eyes. His warm smile and sense of humor were endearing. Ron was beloved by family, friends and patients. Although he will be deeply missed, I believe that Ron would like us to remember him with a smile on our faces.

To honor and celebrate Ron’s life, there will be a graveside service and visitation to follow, in the mausoleum  of Peace at Happy Valley Memorial Park on Sunday, March 8th at 2 p.m.  In lieu of flowers, Ron would have strongly preferred memorial donations to no-kill animal sanctuaries/rescue organizations such as Best Friends Animal Society whose website is

https://bestfriends.org/.  Family and friends will assemble at the Mausoleum at 1 50 p.m. Sunday.  Condolences may be sent to the family at our web-site www.memorialfcelizabethton.com.