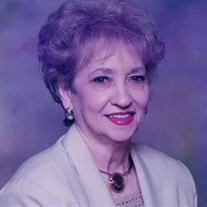 Mrs. Ruby K. Guinn, age 82, of Elizabethton, TN passed away Thursday, December 19, 2019 in the Johnson City Medical Center Hospital. A native of Elizabethton, she was the daughter of the late Elick and Bonnie Townsend Birchfield. Ruby was a homemaker and she was a member of Southside Freewill Baptist Church. She loved to shop, camp and to spend time with her sisters.

A service to honor the life of Mrs. Ruby K. Guinn will be conducted at 4:00 P.M. Sunday, December 22, 2019 in the Sunset Chapel of Hathaway-Percy Funeral and Cremation Services with Pastor Jeremy Burleson and Pastor Steve Burleson officiating. The family will receive friends at the funeral home from 2:00 – 4:00 P.M. on Sunday prior to the service or at the residence of her son, Randy Guinn, 287 H. Heaton Road, Elizabethton at other times.

Graveside service and interment will be conducted at 10:00 A.M. Monday, December 23, 2019 in Happy Valley Memorial Park. Active pallbearers will be Jack Smith, Mark Davenport, Westley Canter Jr., Cody Jackson, Phillip Canter and Stacey Guinn. Everyone will meet at the funeral home at 9:15 A.M. on Monday to go in procession to the cemetery.