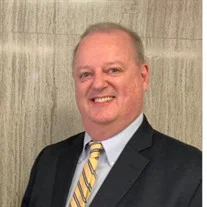 John 11:25 – “I am the resurrection and the life. Whoever believes in me, though he die, yet shall he live.”

Sidney Harold ‘Sid’ Cox, age 58 of Elizabethton, went home to be with his Lord and Savior on Thursday, January 14, 2021 after a brief illness. He was the son of the late James and Shirley Adams Cox.

Sid was a graduate of Elizabethton High School and East Tennessee State University. He worked in City and County Government for almost 30 years. He was employed by the City of Kingsport as the City Recorder/CFO. He previously served as the Finance Director for the City of Elizabethton, Sullivan County Sheriff’s Department and the Sullivan County Health Department. He also served as interim City Manager for the City of Elizabethton and as a Carter County Commissioner. Sid was a lifetime member of the Carter County Rescue Squad. He was a member of Beck Mountain Baptist Church and attended Immanuel Baptist Church. He loved to travel and spend time with his family and friends. He was also an avid supporter of ETSU and Elizabethton High School football.

In addition to his parents, he was preceded in death by an infant sister, Donna Cox and his father-in-law Gale Lovelace.

Those left to cherish his memories include his wife of 34 years, Cindy Cox; his daughter Chelsie Lambert and husband Jordan of Elizabethton, daughter Courtney Cox of Kingsport, and his mother-in-law Emily Lovelace of Elizabethton. He was also ‘Poppie’ to his only grandson Lawson Lambert. He is also survived by his sister and brother-in-law, Linda and Geddie Monroe, and his brothers and sister-in-law Dennis and Mary Cox, and Tim and Cheri Cox, all of Elizabethton, and his brother-in-law and sister-in-law Wesley and Tracy Lovelace, of Southside Alabama. Several aunts, uncles, nieces and nephews also survive.There will be an open visitation at Tetrick Funeral Home on Sunday, January 17, 2021 between the hours of 12:00 PM and 4:00 PM for those who would like to sign the guest book and pay their respects (the family will not be present). A graveside and committal service will be held on 2:00 PM Monday, January 18, 2021 at Happy Valley Memorial Park in Elizabethton, with Pastor Ronnie Campbell officiating.

Active pallbearers who are requested to meet at the funeral home by 1:15 Monday, January 18, 2021, will be, Dennis Cox, Tim Cox, Adam Monroe, Brooks Monroe, Jordan Lambert and Chase Brown. Honorary pallbearers will be Ryan Cox, Austin Lovelace, John Walton, Adam Walton, Sam Siepert, Charlie Stahl, Fred Walton, Tom Whitehead, Richard Sharpin, Derek Nave, Sandy Nave, Chris McCartt and the employees of the City of Kingsport.
The funeral procession will leave from the funeral home at 1:30 PM Monday to go to the cemetery for the graveside and committal service.

The family would like to thank all the nurses, physicians and staff at Sycamore Shoals Hospital and a special thank you to nurses Hannah, Courtney and Joy for their care and compassion shown to Sid.

Those who prefer memorials in lieu of flowers, may make donations to the Carter County Rescue Squad or ETSU Athletics Department.
Our staff is committed to taking care of our guests and families that we serve. Please understand we will be following the State’s COVID guidelines. We also ask all guests and family members attending visitations and services to please bring and wear a mask and practice social distancing.

Online condolences may be shared with the family on our website, www.tetrickfuneralhome.com
Tetrick Funeral Home, Elizabethton is honored to serve the Cox family. Office 423-542-2232, service information line, 423-543-4917.