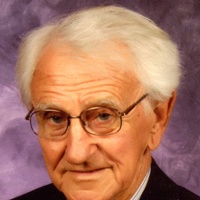 Wheeler “Jay” Nidiffer, 85, passed away on Monday, February 25, 2019 at Sycamore Shoals Hospital with family and friends by his side.  He was the son of the late Andy J. and Josephine Nave Nidiffer.  Jay graduated from Unaka High School in 1951 and Lincoln Memorial University in 1958 after serving 2 years in the Army during the Korean War.

He is survived by his wife of 62 years, Katie Hodge Nidiffer, son Toby (Carol) Nidiffer of Marietta GA, grandson Andrew (Alyssa) Nidiffer of Woodstock GA, granddaughter Kerri Nidiffer of Marietta GA who are the loves and joy of his life.  He is also survived by his sister Joann “PNut” Perkins of Elizabethton TN, sister-in-law Carolyn Nidiffer of Elizabethton TN, brother-in-law Moke (Sue) Hodge of Oxford MI, sister-in-law Joan Hodge of Columbia TN and numerous nieces, nephews, cousins and extensive family and friends.

In addition to his parents, he was predeceased by his brother Isaac “Squeak” Nidiffer and sister Kathryn Collins.

Jay was inducted into the Carter County Sports Hall of Fame in 2013.  He was an accomplished coach on the high school and major college level, mentoring players who would go on to future stardom.  He was a three-sport player (basketball, football and baseball) at Unaka High School and attended Lincoln Memorial University on a baseball scholarship. His first coaching position was at Johnson County in 1958.  He moved from there to Valley High School in Hot Springs VA for two seasons.  His 1960 basketball team, which included professional golf legend J.C. Snead, won the state championship.  Jay’s professional journey led him to Clinton High School in Clinton TN.  In 1960 Jay coached the first integraded High School Basketball Team in the South while in Clinton, Tenn.   Stops at the collegiate level included Mercer University, Georgia Tech, South Carolina Aiken, Auburn, Walters State and East Tennessee State University.  He was part of Auburn’s 1985 Elite Eight team that included future NBA players.  He was a two-time Athletic Director at his alma mater Lincoln Memorial University.

Jay served for four years as Chairman of the Carter County Republican Party. He was an active member of the First Baptist Church in Elizabethton TN.

Visitation will be held on Thursday, February 28, 2019 from 5pm – 7pm at Memorial Funeral Chapel with  a service to follow with  Pastor Todd Hallman officiating.  Graveside service will be 11 a.m. Friday  March 1, 2019 at Happy Valley Memorial Park.  Pallbearers will be selected from family and friends. Family and friends will assemble at 10am at the funeral home to go to the cemetery.  Condolences may be sent to the family at our web-site www.memorialfcelizabethton.com.