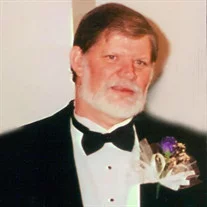 Mr. William Allen “Bill” Thomason, age 71, of Watauga, TN passed away Tuesday, March 31, 2020 at his residence. He was born in Greeneville, TN and was the son of the late Hugh E. Thomason and Glenna Mavoline Reeser Thomason. “Bill” was a self-employed general contractor. He was a member of Brick Christian Church and was always available to help at Church. He especially enjoyed Bible School each year and would make two tombs during the Easter season. He also organized the Christmas programs at the Church and started the Prayer on the Bridge in the 1990’s. “Bill” enjoyed fishing and building as a craftsman and loved his Harley-Davidson and especially spending time with his grandchildren and family.

Friends may visit Hathaway-Percy Funeral and Cremation Services, Sunset Chapel between the hours of 11:00 A.M. and 2:00 P.M. on Friday, April 3, 2020 to sign the guest register book.