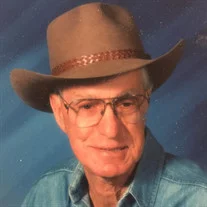 William Charles LaPorte, “Dude”, went to be with the Lord on Dec. 23, 2019, surrounded by his loving family at his home in Elizabethton, TN. He was just shy of his 90th birthday.

He was born in Carter County on January 13, 1930. He served in the National Guard US Infantry as a Corporal from 1950-1952 and fought in the Korean Conflict. He received his Bachelor of Science in 1956 from East Tennessee State College.

Early in his career, he was the bookkeeper for Presnell Motors and was the manager for Lakeshore Restaurant and Cabins for several years. In 1962, Dude decided to be his own boss and started LaPorte Construction and became a well-known residential and commercial contractor. Around 1984, Dude decided to spend his life traveling and retired, leaving his construction company to his oldest son, Charles LaPorte, who continues to this day.

Dude was known as a true Carter Countian being born, raised and spending his entire life in the area. He was known not only as a jokester, but also for his love and generosity for Carter County. He generously donated his time and money for many years for Habitat for Humanity.

He was proceeded in death by his parents, Joseph and Minnie Lee Combs LaPorte and his siblings, Tony, Sarah, Joe and Frank. And his niece, Leslie LaPorte Westberry and his nephew, Lee Frank LaPorte

He is survived by his wife, Helen Darlene LaPorte, his four children, Charles LaPorte (Cheryl Tupper), Kazel Lee Carbone (David), Mark LaPorte (Jana) and Camille Liebbe (Jerry). His six nephews which include, Sam, Chris, Steve, Joe Jr. LaPorte, Anthony and Greer. As well as his twelve grandchildren and soon to be great-grandchild.

A memorial service to honor the life of Charles “Dude” LaPorte will be held at 5:00 PM Friday, December 27, 2019 in the sanctuary of the First United Methodist Church of Elizabethton with Rev. Raymond Amos and Rev. Estel Williams officiating. The family will greet friends and share memories with those in attendance at the end of the service. Music will be the under the direction of David Arney, organist, Loretta Bowers, soloist and Bob Carroll soloist.

Private inurnment will be at Happy Valley Memorial Park.

Words of condolences may be sent to the family through our website, www.tetrickfuneralhome.com .