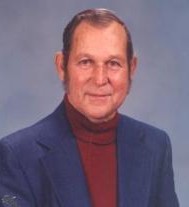 Mr. Isaacs was a son of the late Fred and Roxie Reece Isaacs. In addition to his parents, he was preceded in death by a brother, Lloyd Isaacs, and a sister, Betty Jo Isaacs.

Mr. Isaacs retired from Inland Container and was a member of First Christian Church of Elizabethton. He was a veteran of the U.S. Army, having served in WWII. He loved spending time with his family and also enjoyed visiting with his friends at James H. Quillen VA Medical Center Hospital. Mr. Isaacs enjoyed helping his neighbors and mowed many yards on Holston Avenue.

The funeral service for Mr. Isaacs will be held at 2 p.m. Thursday, January 3, in the Chapel of Peace of Tetrick Funeral Home, Elizabethton. The family will receive friends in the funeral home chapel from 1 until 2 p.m. Thursday, prior to the service. Private graveside services will be held at Happy Valley Memorial Park. Honorary pallbearers will be his friends at Inland Container and his Sunday School Class at First Christian Church of Elizabethton. Those who prefer memorials in lieu of flowers may make donations to the Carter County Animal Shelter, 253 Sycamore Shoals Drive, Elizabethton, TN 37643.