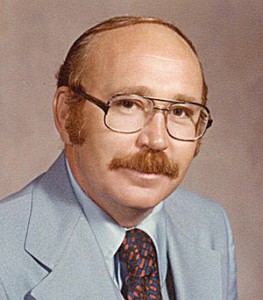 2nd Timothy 4:7. I have fought a good fight, I have finished my course, I have kept the faith.

A native of Carter County, he was a son of the late Andrew J. and Vado McNeil Vaughn. In addition to his parents, he was preceded in death by his two half brothers, Andrew Jackson Vaughn Jr. and John L. Vaughn.

Mr. Vaughn was a devoted member of the Stoney Creek Church of Christ. He was a retired Kodak Master Photographic Technician with Coleman Studios and Tri-State School Pictures with 40 years service.

Mr. Vaughn was a Veteran of the United States Navy, having served with the Sea-Bees. He was an avid fan of NASCAR, the NFL and the Atlanta Braves (Chipper Jones). He loved to fish and enjoyed spending time with his family.

Funeral services for Mr. Vaughn will be conducted at 8 p.m. Wednesday, October 3, at Memorial Funeral Chapel with Mr. Wesley Simons, minister, officiating. Music will be provided by the congregation. Graveside services will be conducted at 11 a.m. Thursday, October 5, at Happy Valley Memorial Park. Active pallbearers, who are requested to assemble at the funeral home at 10:20 a.m. Thursday, will be David Natusch, Joshua Broyles, Tyler Mullins, Kenneth Head, Chris Hill, Terry Bridgeman and Jeff Hilton. Honorary pallbearers will be members of the Stoney Creek Church of Christ. Military Honors will be provided by the Carter County Honor Guard. In lieu of flowers, memorials may be made to the Stoney Creek Church of Christ. The family will receive friends from 6 to 8 p.m. Wednesday at the funeral home. Family and friends will assemble at the funeral home at 10:20 a.m. Thursday to go to the cemetery. Condolences to the Vaughn family may be e-mailed to mfc@chartertn.net.

Memorial Funeral Chapel is in charge of arrangements.